TV Documentary
1 x 55′
“The World know’s how the Apollo program began, but few truly know how it ended”

In 1972, only two years after Neil Armstrong first walked on the Moon, public and political interest in Apollo had dwindled. NASA was forced to cancel their last three missions, making Apollo 17 man’s final mission to the moon.

Apollo 17: The Untold Story of the Last Men on the Moon charts the story of Astronauts Eugene Cernan, Harrison Schmitt and Ronald Evans; the three brave men chosen to take the final steps for Mankind almost 40 years ago, and how Apollo 17′s epic voyage to the Moon was the crowning glory of man’s lunar exploration.

This documentary features spectacular NASA footage and exclusive interviews with space scientists who worked on the Apollo programme during the 60’s and 70’s. This is the remarkable story of the determination and courage of a generation – a tribute to three brave astronauts and the thousands of men and women behind them during the final days of NASA’s Apollo program. 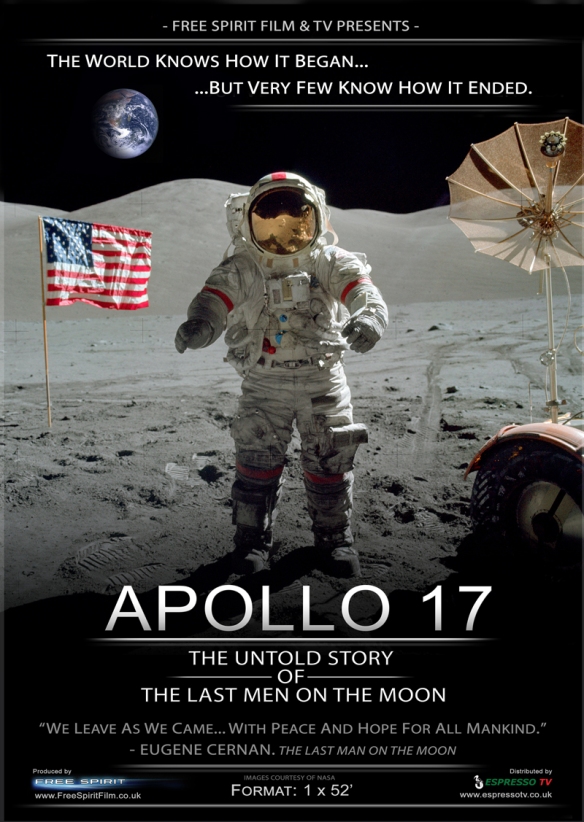